Hoping to shine a magnificent light on load shedding – both literally and figuratively – was the inspiration for Pretoria student Patrick Rulore’s winning canvas titled Stage 4 moments.

“It was part of my family’s experience which gave me more insight into how to execute it the way I did,” explained the 24-year-old student currently completing a National Diploma in Fine Arts at the Tshwane University of Technology.

“In the beginning of this year, South Africa had to endure extreme shortages in electricity supply with electricity scheduled in stages. The most important part of the work was to teach people to turn unfavourable circumstances into a positive experience,” he said.

In his painting, Rulore depicts the typical behaviour of his family during load shedding, celebrating the absence of all activities involving electrical device during these blackouts which encouraged them to interact with each other – to talk, to laugh and to play games.

His primary medium is paint, using both oils and acrylics. “I am fascinated by the complexity of the human body (male and female) and attempt to discover its magic on the canvas. I endeavour to capture the emotions and spirit of everyone I paint. To achieve this, I manipulate and play with colours, textures, paint and brush marks,” he earnestly explains his process.

Paying tribute to his mom who has been a strong influence and supporter of his art, he believes it was her work as a fashion designer that encouraged him to pursue art.

The title which means Pout Miss Mgabadeli is a reference to his friend’s irreverence, says the artist. “When I was taking the pictures, she asked me whether she could pout.” With the title, he also points to the way women are assigned specific roles in society.

The drawing is a breakaway for him in terms of scale as well as overall. “I wanted to gauge how it would be received by an art audience and to produce a body of work based on the submitted drawing.” He certainly got a generous response.

With his chosen tools, apart from the work, he also explores the limitless possibilities of a medium so readily available that it is often taken for granted. “I have tried to capture the boundless intricacies of black skin using traditional pen and ink drawing techniques like cross-hatching and stippling.”
He tried to push his boundaries and believes if you really look, the improving technique is visible. As runner-up, he was awarded R25 000 and the knowledge that his future project has been given the go-ahead.

For most of these rewarded artists, the competition means validation and a launch into the professional world.

These Five Merit Award Winners were also announced with most of them working with the personal: 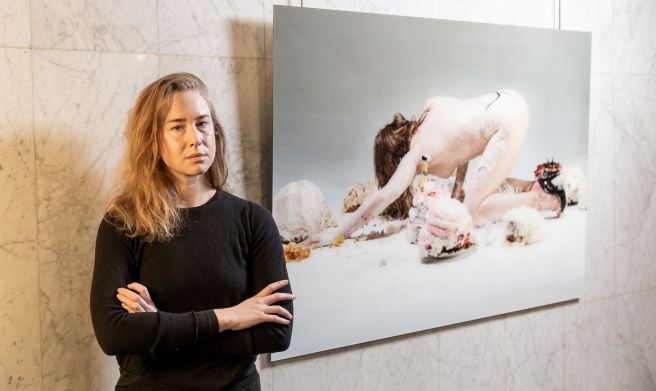 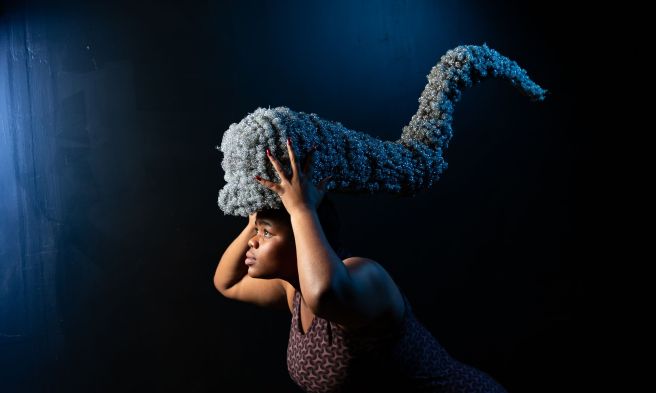 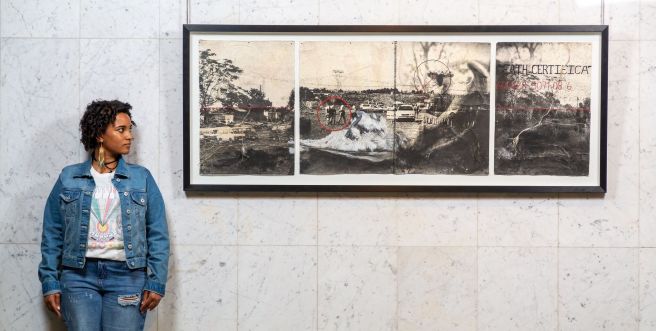 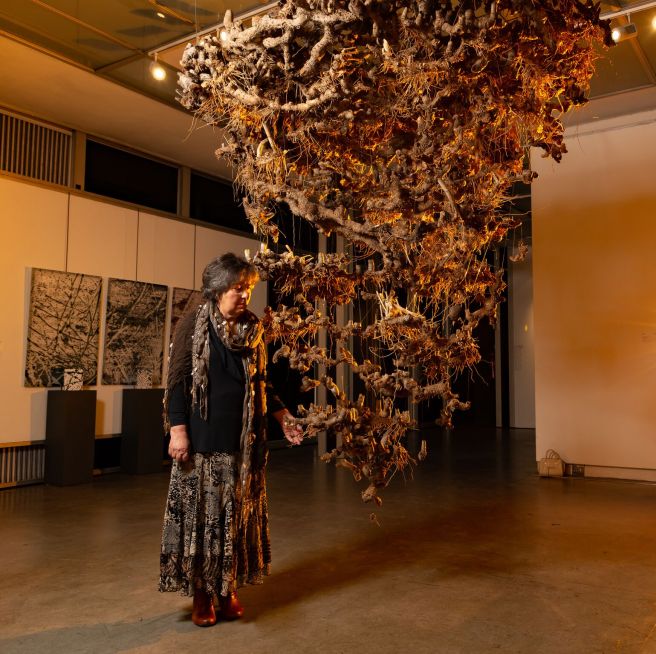 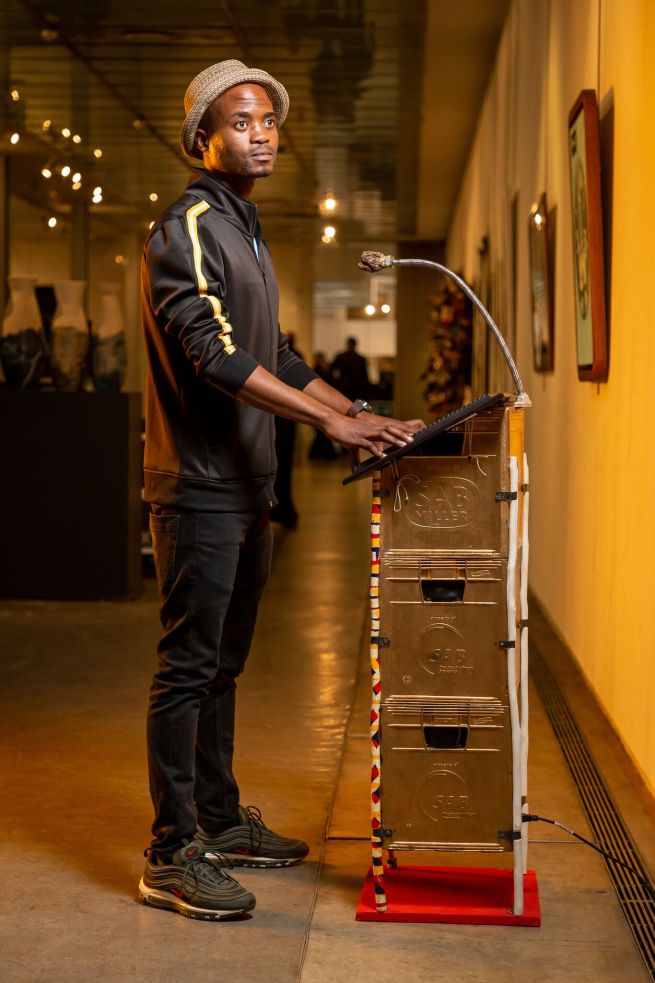 Acclaimed artist, judge and Sasol New Signatures Chairperson Professor Pieter Binsbergen noted that in this 30th year of Sasol sponsoring the longest-running art competition started by the Association of Arts Pretoria to encourage emerging artists, the winner and runner-up have both been recognised for works created in traditional media – ink and paint. He praised both works that have been painstakingly laboured and felt that the artists through their work showed immense drive and passion.

“Identity is still the driver, but the lens has narrowed,” he says about the work generally. “The journey has become more personal which they hope will echo widely.”

He also acknowledges that there’s a return to classicism, dealing with a more laboured surface with traditional media where technique rather than Instagram moments is at stake.

“On behalf of Sasol, we congratulate all the 2019 Sasol New Signatures winners,” said Nozipho Mbatha, Sasol Senior Manager: Group Brand Management. She also tipped her hat to all the emerging artists who have participated in the competition over the past 30 years.

“The majority of winners and merit award winners have carved out illustrious careers in the visual arts and have made significant contributions to our country’s artistic heritage. Here’s to the next 30 years of developing our cultural economy,” she concluded.

Jessica Storm Kapp, the 2018 winner, will present her solo exhibition entitled Artefacts of Belonging at the Pretoria Art Museum, alongside the 2019 finalists as part of her prize. The exhibition will feature the 2019 winner, runner-up and five merit award winners as well the 80 finalists, all of whom are included in the highly respected competition catalogue. The exhibition runs until September 29, 2019.

Tuesday to Sunday:  10am to 5pm (Closed on Mondays and Public Holidays)