If you want to go for fact rather than fiction, DIANE DE BEER has two examples dealing with events happening on an international front but with relevance here: 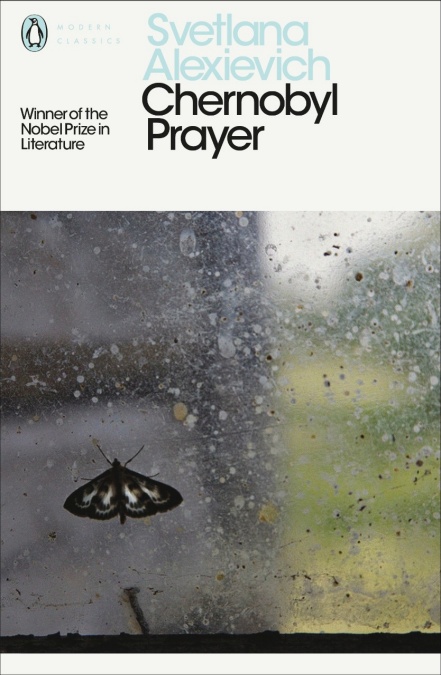 I first discovered this author with her book celebrated with a Nobel Prize for literature in 2015 –  Secondhand Time: The Last of the Soviets – in which I discovered her unique style. She rejects the term journalist but describes herself as an oral historian. What she does is allow people to tell their stories and something remarkable unfolds. In Russia for example, like in South Africa at more or less the same time and like here, people were expecting their lives to change dramatically with the and dismantling of the UUSR.

It did of course for a handful of oligarchs and the usual suspects and like here the lives of ordinary people were trampled on and they were left gasping for air. It is where she shines her spotlight harshly yet illuminating the lives that are struggling to make sense of what is happening to them.

I picked this one up at a sale recently and was as engrossed in this story told in similar style. Who doesn’t remember Chernobyl? And yet, it’s the name and nuclear disaster that strikes hardest, the rest is hazy. On this particular cover, Julian Barnes is quoted as saying: “The book leaves radiation burns on the brain.”

Being the writer, he captures it magnificently.

“All that remained behind barbed wire was the land. And the graves. Our past our great country,” says one party member who felt he had to help with the clean-up. Another was taken on a cleaning operation without any warning: “On the first day we saw the nuclear power plant from a distance. On the second, we were already clearing the rubbish around it. We were shoveling with ordinary spades…As we said battling the atom with spades! In the twentieth century.”

Then there’s this about the nuclear operator Leonid Toptunov who was on duty that night at the power plant, and pressed the red emergency shutdown button a few minutes before the explosion. It didn’t work…He was treated in Moscow: “To save someone, there has to be a body to start with,” the doctors said throwing up their hands in despair.”

“The most serviceable robots were soldiers,” says another of the clean-up period following the catastrophe which just kept going on and on for those unwittingly commandeered to help in this deathly process.

Women were being tested when breastfeeding and found to be radioactive. Professionals who knew what happens in these situations, asked the right questions. They were told to simply carry on testing and watch the television. Emergency measures were being taken. “I – an engineer with twenty years’ experience, someone who knew the law of physics. I knew every living thing needed to be evacuated from the area, at least temporarily…We were accustomed to believing. I belong to the post-war generation that grew up with the faith.”

It is statements like these and many, many more that tell the full story in the saddest detail, the way the people are led by their noses because they follow their leaders with blind faith – to their deaths. “Everybody knows and still they can’t do anything, not the killers in command and neither those who are doing the dirty work – and then die. That is our world – and the world of most who live on this earth today.”

It is Alexiev’s powerful research and conversations with people on the ground who tell their stories and how and what happened. It is tragic and horrific, even more so than the actual explosion. But at least these unwitting victims can be heard, their stories are being highlighted – and sadly in this world, it probably won’t make a difference.

But now we know – at the very least.

One of Us by Åsne Seierstad (Virago):

When someone told me they were reading the book about the mass killings in 2011 by Anders Behring Breivik who killed 77 of his fellow Norwegians, young people who were doing their civic duty, on an island, isolated from the world and any immediate help, I didn’t understand why anyone would want to read about this distant tragedy seemingly unrelated to anything here.

Nevertheless, I was given a copy and happy to test my misgivings. Of course it is much more than simply the story of the killings as the author is a journalist who knows how to go about finding and researching her stories, in some instances perhaps too thoroughly but that might also have to do with the translation. The language doesn’t always hold to the subject matter and the focus is sometimes just too much for a particular topic.

And yet, what she does is to walk back in time to Breivik’s childhood, the tug of war between his father and mother, his father’s second and much envied family by the young man, his own isolation in the world and a determined almost frantic effort to be recognised and accepted by almost any peer group.

It is pointed out on the book’s cover that the book shows that “evil is not born but created” (Independent on Sunday) and that is evident in the detailed evidence that Seierstad is at pains to point out.

It is also a story of our time, how people are unable to deal with their own lives and how there is nowhere to turn to. Today’s living is so fast, hardly anyone will notice someone else’s pain, reach out a hand or take the time to even have a conversation. If you grow up in the kind of isolation that is illustrated here, the dark web is almost inevitable if you are determined to make yourself visible.

This is obviously the extreme but if you take this relatively young century into account, people seem to feel more and more that they have to make an impact simply to be seen. That’s a problem of our time which can only get worse.