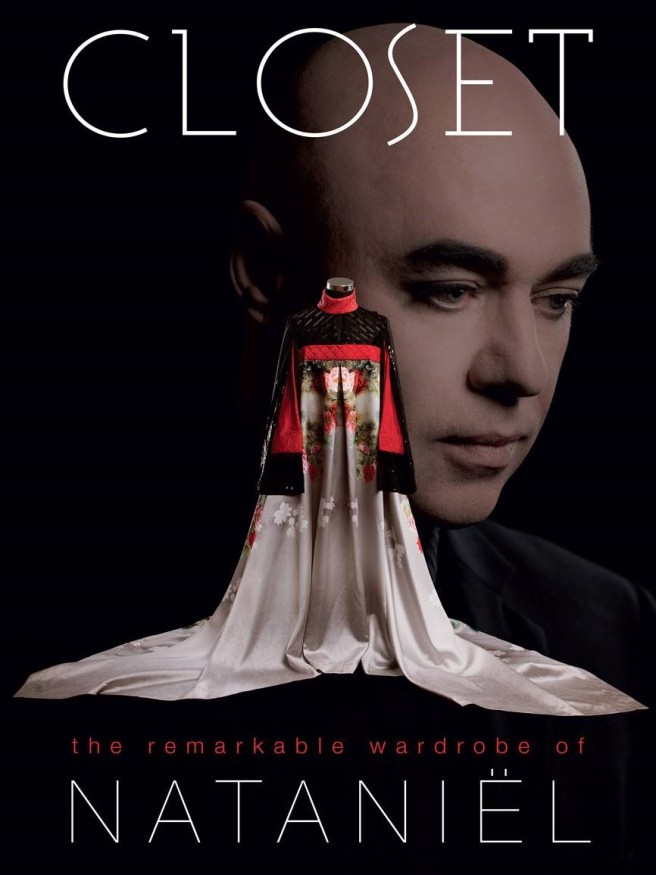 This past year, 2017, was Nataniël’s 30th year as a solo artist on stage. He celebrated in many ways and amongst others, with this extraordinary encyclopaedia of his stage wardrobe.

“It is beyond logic that I have been able to be this politically incorrect and unashamedly Eurocentric in presentation, content, sound and inspiration, and still managed to go unpunished,” he writes.

He describes the book as both a celebration and a preservation. Books and costumes are what he collects and holds dear. They cover his walls and fill many rooms. “I love them like others would love their children.”

For him his costumes are works of art. “I wouldn’t go on stage, if that wasn’t true,” he explains. 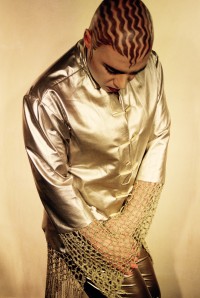 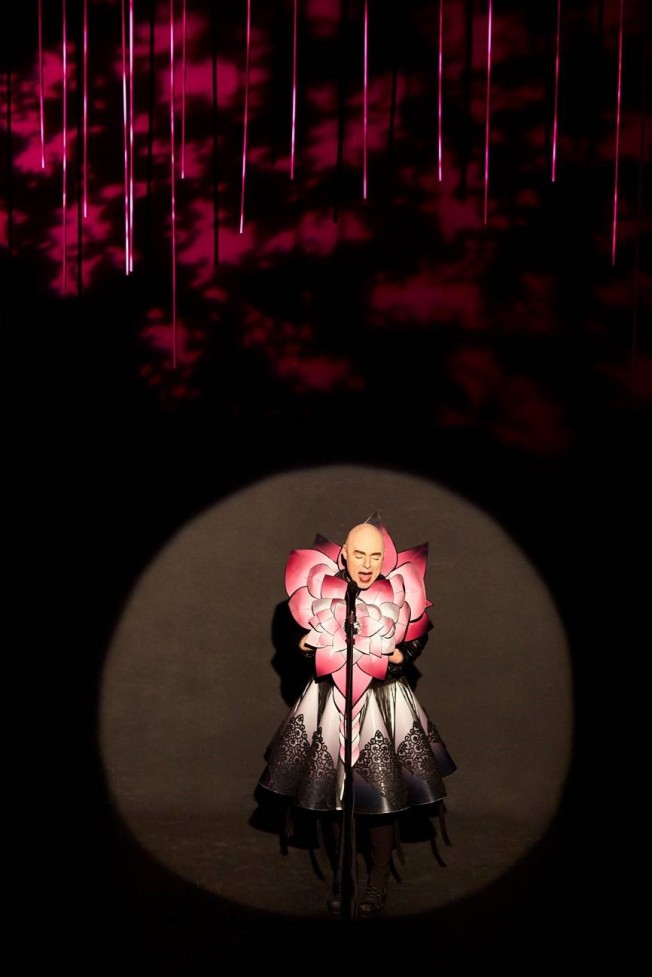 They are conjured by those with creative minds, “crafted by skilful hands, worn by those lucky enough to have been chosen and admired by those who need to escape, travel or dream”. He wanted to document his life, and this, he thought, would be the easiest way to do it. What he didn’t heed was the fact that getting hold of the pictures would be an impossible task. But, he still has every costume which meant that those not captured on film could tell new stories.

Nataniël has written, staged and appeared in more than 80 original stage productions. He has released 17 albums and five DVDs, filmed three TV series (“Edik van Nantes” now being broadcast on DStv’s kykNET, channel 144, on Wednesdays at 8pm), and published 17 books. Together with 28 concert tours, numerous collaborations, food shows and lifestyle talks, he has given more than 6 000 performances.

Whatever he decides to do and whenever he is creating a new show, it always starts with a costume. This is where his fantasy world begins. It began quite simply and organically. He says in his early performance days, he had no role models, no one to look up to or to follow. “I was part of a society that was anxious, conservative, judgemental and fearful.”

He made his own clothes, dressing like fictional characters and with the help of friends, made his own costumes. “I dressed like someone looking for trouble and appeared on stage wearing as little as possible, as tight as possible.” It seemed to work because he caught everyone’s attention and people were talking. That’s a performer’s dream. He had found a formula that worked.

On a trip one day, he bought a magazine somewhere and spotted a faux fur, Dalmatian printed, short-cropped jacket with a large collar and a red lining. The designer was listed as Blue Zoo with a phone number which he called the next day. A new world opened for this young performer. “I could have pieces created that nobody else had. The possibilities were endless: the picture could change as often as I needed it to. The music would become visual. The stories would follow.”

His three designers then dictate the way the book unfolds, with Shani Boerstra from Blue Zoo starting the show. She introduced Nataniël to the wizardry of costumes and how to make the impossible become possible and that is how the structure of his shows developed and evolved. He selects wisely and is intensely loyal with his first designer still creating daywear for him, zips and all, he tells.

She was followed by James Edward Moulder, whose attention to detail and dedication to the understated, blew Nataniël’s mind. His ability to draw was exceptional and he was also tasked with doing the graphics for the show posters and programmes as well as illustrating Nataniël’s book “Tuesday”. When he left for the UK, he told Nataniël about a young fashion student named Floris Louw who had just completed his studies and won every possible award.

For Louw it is all about texture – layers and layers of texture, says Nataniël. It runs from quilting to beading to embroidery to fringing to fraying to plaiting to printing and even welding. The two of them together explored new horizons both in costume and show. “Through the years I have worn crystal, metal, lace, wood, canvas, rope, chains, vinyl X-rays and foam. One costume had a dancer inside, one had to be carried by dancers, one was on wheels, one had hundreds of meters of ribbon, one covered the entire stage, one turned into a backdrop.”

These all served the shows and have very little to do with fashion, yet everything with history. Both the performer and his designer tap into specific periods in the past, which they revisit for different looks and references. “We do occasionally take a breath, exhale and visit minimalism,” he adds.

Having honoured his three designers, he turns to the way his costumes determined his shows. The knee-length coat, for example, evolved because he felt the need for more costume changes. It only appeared about 10 years into his stage career. Because of the nature of his performances, he could only leave the stage so many times for a costume change. Thus, layering came into play – hugely.

Open with a dramatic coat, have a smaller garment underneath and a lighter but striking top or shirt beneath that. A fourth could then be thrown on during a blackout or lighting change. During an instrumental or a guest solo, he could leave and change into another set or two or three!

That was how the “formula” for his current shows started and how the knee-length coat made its first appearance. Nataniël also understands that the cut accentuates your waist, the length adds elegance and the shape is a perfect canvas for detail and play.

Add to all this drama, his love of colour – from red and gold to black and white – and he gives just a small taste of his storytelling with a short story (from a show) on coats (in Afrikaans), all included and elaborating on his closet.

For Nataniël, the stage is his perfect world. This is where he paints his pictures, creates a land where things work the way he imagines they should. Here he allows his imagination to run riot as he tells stories set against extravagant landscapes in which his costumes explode in full splendour.

With more than 300 pictures and a story that explains his creativity, Closet documents a stage career that is as extraordinary as it is explosive. It captures a time, a place and a world that is unique to Nataniël, a reminder of a world-class act.