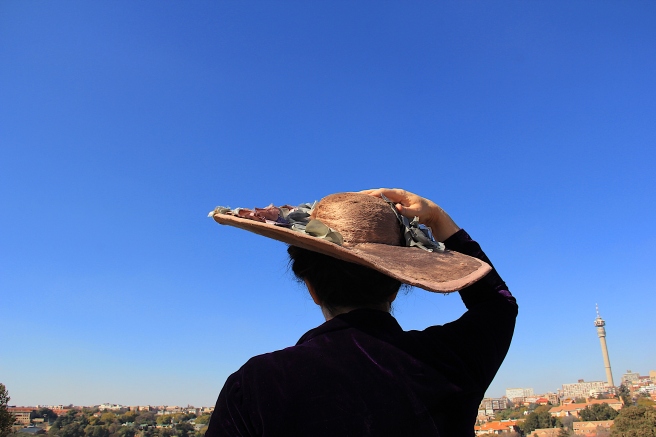 VENUE: Barney Simon at the Market Theatre in Newtown

It is the eccentricity of the script, the execution and the performance that all come together in almost explosive manner and holds you (gently) by the throat throughout.

It’s not an easy one, so concentration and focus is necessary but once you slip into this world, it’s an intriguing and intense encounter. First off, the playwright had an obsession and used this (over a few years) cunningly, to create a play that taps into a zeitgeist of many. He deals with everything from colonialism (not easy for a white male to do smartly) to gender especially that of women (another stumbling block he navigates), and the way art was dealt with then – but perhaps more importantly – now. He moves from the safety issues, fences only the physical barriers, to a more problematic area of engaging and appreciating the energy and enlightenment art holds.

Then the director stepped in and working with Taub on the final draft found a way to unfold the Florence story on stage most enticingly while engaging with a set designer who best explored the visual key to this extraordinary work.

Henriques who has been testing the waters these past few years under the guidance of smart theatre makers including Sue Pam Grant and Sylvaine Strike, blossoms and bullies in this double role of Florence Phillips, the woman who founded the Johannesburg Art Gallery (while also raising a few children, setting up a handful of homes for her mining magnate husband and on the side, introducing jersey cows to the Cape!) as well as an actress who is unwilling but considering a portrayal of Florence. Her test is to navigate these two landscapes as if they are linear – the one at the turn of the last century while the other stands strong in the chaotic contemporary era.

It’s heady stuff which has been cleverly complicated by a brilliant set that both leads you into the story but also obscures the actress as she tries to fight her way through her characters and the story she is untangling. It can be described as a messy yet magnificent web, this world and the play that tries to capture different timelines, fragmented and fragile, yet allowing us to grab on and follow the guidance of the performer. All of that contributes to a compelling theatrical experience.

It doesn’t really matter where and when you access what they have to say as long as you participate in the work. Listen carefully and especially cling on to the Henriques performance as she steps in and out of characters, doesn’t really matter who or what she is, but how she is expressing herself about a world that in all respects is often closed to her. Even when she thinks she finds love, it isn’t meant to be. But she battles on because that is what is required to get her way. Softly-softly doesn’t make it here. 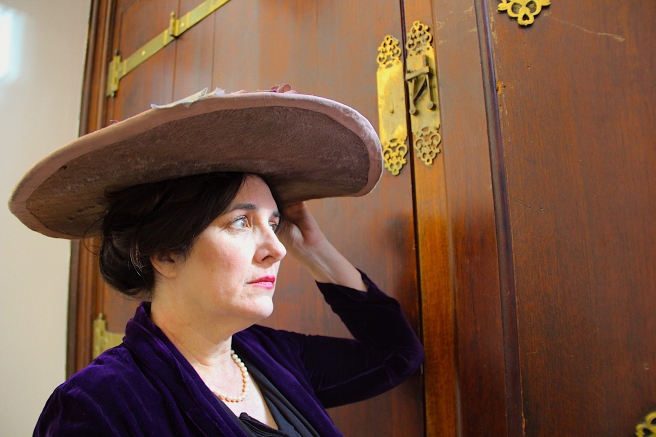 That’s probably why Florence, achieving what she did, is described as a formidable and fierce character. She was determined to fight her way through and in the play, she grabs that fence, sticks her head through to catch the light and speaks her mind. That’s just who she was and who you had to be in a world that wanted to decide who and what you should be. But just the list of what she achieved and how she travelled in a time of turmoil, is evidence of her power.

Henriques has similar physical presence and power. She will not be dwarfed by either the physical fence or any barriers thrown at her. She stands strong – both as actress and in performance. It’s glorious to behold. And when it all comes together, from the stunning lighting and atmospheric sound to the vision of the three artists involved, it’s truly theatre of our time – uniquely original.

One thought on “Florence is Theatre of our Time”