A writer who was born to write is a wondrous thing as DIANE DE BEER discovers when first reading The Theory of Flight (Penguin Books) and then speaking to the author Siphiwe Gloria Ndlovu:

On the third of September, not so long ago, something truly wondrous happened on the Beauford Farm and Estate. At the moment of her death, Imogen Zula Nyoni – Genie – was seen to fly away on a giant pair of silver wings…

These are the first words in Siphiwe Gloria Ndlovu’s debut novel The Theory of Flight (Penguin Books) and it never lets up. From that first sentence, it grabs your attention and keeps you in a state of wonderment about this first-time fiction writer’s glorious gift of storytelling.

She says that an immensely strong connection to her family and a similar one to Bulawayo, the city where she was born and raised, informs her writing.  “I am also deeply invested in Zimbabwe’s history. These things not only influence my sense of self but also inform my writing. The Theory of Flight is marked through with these influences and Beauford Farm and Estate is built on the memory of the place I grew up as a child – Rangemore.”

She was born in 1977 in the former Rhodesia during what she calls “the country’s civil war, but what most call the war for liberation and others call the bush war or terrorist war”. At the time of her birth, her family was going through a rough time as her grandparents’ nationalist politics had her grandfather imprisoned as a political detainee and her grandmother blacklisted from her teaching profession. “When my grandfather was released from prison in 1978, my entire family left the country as political refugees. We lived in Sweden and then the USA before moving back to Zimbabwe when the country became independent in 1980.

“I grew up in Bulawayo, Zimbabwe in the 1980s and 1990s, in 1997 I left Zimbabwe for college in the USA. I lived in the USA for 18 years, furthering my education until I received my PhD from Stanford University in 2013. When my grandmother passed away in 2014, I realized that I had lived in the ‘diaspora’ long enough and that it was time to come home. I got a job in Johannesburg in 2015 and worked and lived in South Africa until July this year. I had decided to take a year off to just focus on my writing, so that is what I will be doing, now back in Bulawayo, starting in October.” 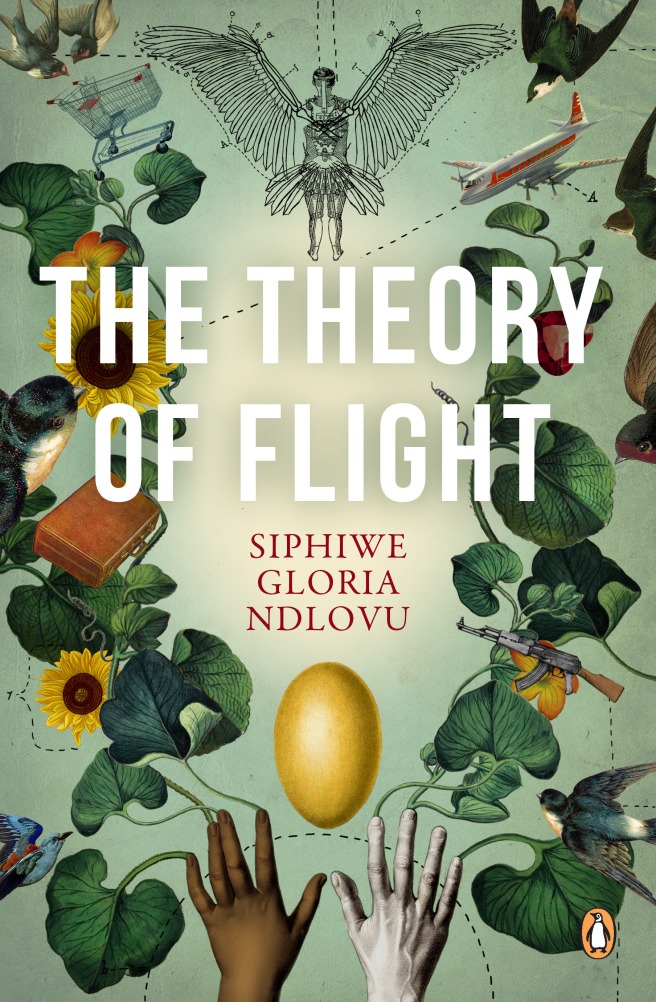 The remarkable thing about her book is not only the writing but also the way she tells her story which she says she has been doing since she was a very young child. With a grandmother who was a teacher, she was taught to read from a young age and was told these amazing stories. “I have always had a vivid imagination and a passion for storytelling. My grandmother used to tell the most amazing stories so from a young age I was very aware of what a great and wonderful expanse the imagination was. I visited the places in my imagination many times as a child. I remember standing in sunflower and maize fields lost in my imagination.” (All images which are very present in her book).

“As my vocabulary grew, I started drawing stick figures whose lives grew more and more complicated as I grew. In my teens, I started writing general ideas for stories and short stories. I loved reading ever since I started reading at around the age of 4. And at some point it occurred to me that I wanted to be a writer. It was a distant dream, but one I firmly believed I would realise. So at college I studied Writing, Literature and Publishing.”

She then went on to pursue an MFA in Film and a PhD in Modern Thought and Literature, but she held tightly to the dream of becoming a writer. “It was something that I always knew I was going to do. Doing it, however, proved somewhat more difficult and complicated than I had imagined.”

She started writing The Theory of Flight in 2010. But she was writing her PhD dissertation as well. The situation was untenable because she was losing her heart to her characters but she didn’t have time to spend with them. She talks about being a conduit for these stories, that it feels as if they come to her and she simply has to listen.

She finally finished writing the dissertation in 2013 and the first draft of The Theory of Flight in 2015.

What she discovered was how difficult it is to transport the world you visit in your imagination onto the page. But however difficult, she fell in love with the process of writing, of getting to know the characters better, of having more of their world revealed to her. “This was what I want to do with my life.”

She can’t remember how the title of the book came to her but there is an explanation in the book. The story, she explains, was a means for her to deal with the loss of her aunt, Sibongile Frieda Ndlovu to whom the book is also dedicated, who passed away in 2007, at the age of 34. “She was four years older than me and we had grown up as sisters.”

She wanted to explore the many ways we love and lose the people in our lives. She also wanted to examine Zimbabwe’s own history of loss — civil war, ethnic cleansing, HIV/AIDS, genocide. “The country has lost millions of people, all within the span of a generation – what does this mean for the country, who are we now?”

It’s clear when reading the book that the writer is someone extraordinary and when you chat to her, that feeling is reinforced. Having been out of her country of birth the past 20 years, she could watch from afar, think about things more clearly and come to very specific decisions. In a time when it is all about me, Ndlovu believes strongly in the Kennedy adage: ask not what your country can do for you, ask what you can do for your country.

But she was also very clear in her mind that she did not want The Theory of Flight to be a doom-and-gloom African tale. “I wanted all that loss to be put in the context of all the love that existed throughout all those difficult events in our history. I wanted the story to also be about the sunflowers, the friendships, the loves that people experienced. I also wanted the story to capture the way stories are told in this place: anything is possible, the imagination is a great big expanse, people can fly.”

She does all that and so much more. When she was a little girl, soon after her grandfather came out of prison, she saw the torture marks on his body. When she asked him about them, not fully understanding yet feeling the pain, her response was that she hated all white people. “He looked at me and asked me what had white people ever done to me?” She describes this as her most teachable moment which says everything about who she is and has become – and it runs through her writing with clarity and charm.

And if you lose your heart to the people of her world in The Theory of Flight, there’s good news. She’s in the process of planning the second book of what she hopes will be a trilogy.