A show celebrating the life and music of the legendary Miriam Makeba, My Miriam Makeba Story, will be presented in Gauteng this weekend by Sima Mashazi accompanied by Cape Jazz pianist/composer and musical director, Ramon Alexander. Having seen the show and encouraging you to go, DIANE DE BEER gives some background on the performer:

Her first interpretation of Miriam Makeba was  in the first musical about Mama Africa  a few years back (touring US and SA), which deepened Sima’s admiration for Makeba’s music and the woman behind it.

Sharing the themes in her music and life that touched her and bear similarities to her own journey, this first solo show followed. She includes songs of her own that relate to Makeba’s story and pays tribute to an historical figure who spoke truth through her lyrics and gave hope to so many, amidst her own struggles.

Rising star, says the press release and because I had first experienced her and this solo show at this year’s Klein Karoo Arts Festival, I asked her about this particular status.

She is better known in the Cape, that’s where she lives and performs now, but is hoping to change all that with these two Gauteng performances (see dates and venues below).

“That’s an interesting label. I’ve been at this for some time so in that sense I’m not brand new to music. However, to say I’m not rising, might means that I have arrived and I’m far from that. There are so many milestones to reach still, so much growth still happen, so much work to still be done. I really do hope to keep rising, “ is how the singer who was nominated as Best Solo Artist (US Woordfees 2018) for her performance in this show and then walked off with the Kanna Award for Best Music Production earlier this year. 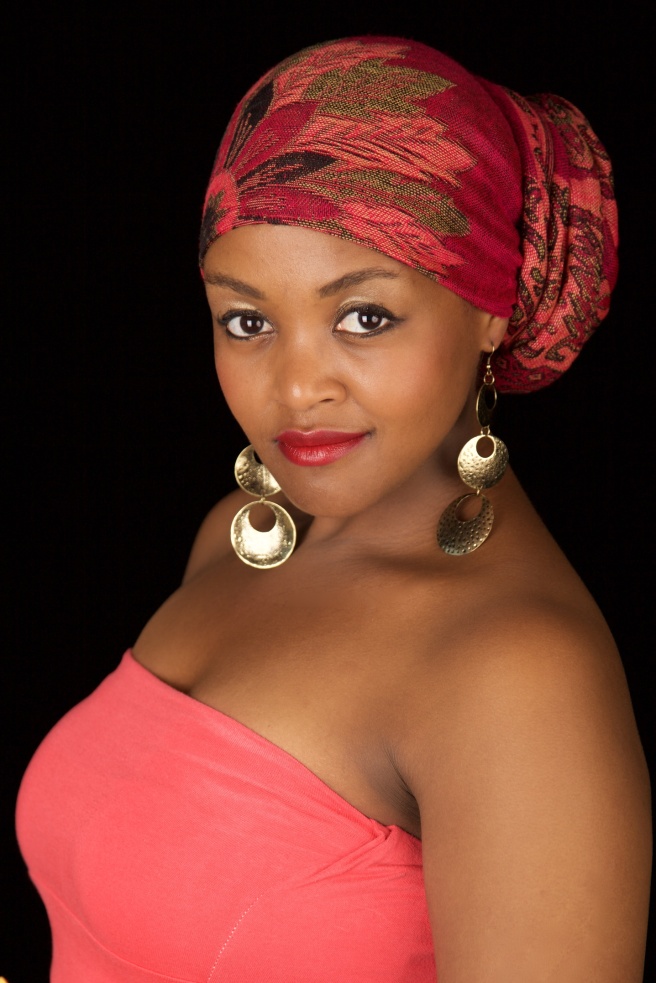 When you look at the list of festivals she performed this show, she worked the circuit and must have made her mark with those audiences. And she certainly is worth listening to.

Aside from having heard her music growing up, her journey with Makeba began when she got the role of the young Miriam Makeba in a musical about her life called Mama Africa  – The Musical in 2016-2017.  “I rediscovered some of my favourite music and discovered music I hadn’t heard before. I also understood her life better and a whole new appreciation of her and her work grew in me,” she says.

“It has been an amazing experience portraying her and I have learned so much about her that I didn’t know,” Sima says. “I love how she used her voice to speak the truth of her reality and instigate change”.

While their life journeys are not similar, there are some things that she, like many others, can relate to. “A journey as a young black woman in music, a journey made possible because people like her paved the way,” she says.

“Experiences of loss in my own life that hit me hard and reverberated when I had to portray hers in the musical,” she explains. “I found it overwhelming to imagine how she endured it all on top of the grief of being exiled from her country.”

In her research, she read more about Makeba’s life and connected to her as a person with aspirations, fears and everything else that makes us human. “Instead of only seeing the formidable icon I was inspired to believe that I can be extraordinary in spite of what I experience as my human inadequacies.”

Sima’s childhood was filled with music. She grew up in Newcastle and was born into a family that sings. “Singing together as a family is one of the experiences in life I hold the dearest. Throughout my preschool, primary and high school life I could consistently be described as the girl who sings.”

She later moved to Stellenbosch to join a small music school . “I’m not sure what I thought my plan was but in Stellenbosch I met some of the people I work with even today, like Ramon (a jazz phenomenon) and started what I now call a career in music.”

Since that initial start, she has grown from the young, inexperienced girl who first met her accompanist/director who she regards as her mentor, to someone who is richer, more versatile.

“He is one of those people who believes in me even when I don’t see my own potential. When I met him, I was this young girl with talent and very little experience. He introduced me to jazz among other things. He opened my eyes to what’s out there and taught me so much and after roughly 10 years, I’m still learning from him,” she says with obvious admiration – as she should.

They complement each other in astonishing ways which gives the performance a wonderful edge.

“I came to recognise that I too have things to say, and I started and continue to grow my identity as a songwriter. I released two singles in 2017 (Bashadile and I still miss you) available on I-tunes and other online platforms. I also perform these two songs in the show.” As well as some of Makeba’s more familiar and perhaps less well known songs.

“While doing this particular show, there are other aspects of myself as performer that I’ve discovered, like storytelling, and I would like to grow further into that as well,” she says.

And exploring her future she explains that one of her passions is academia, linguistics in particular.

“I look at different aspects of language in society and factors like multilingualism. Music was my gateway and attempting to engage with people in their own language is a special gift we can all offer to each other. Even in the smallest gesture like a greeting, it means a lot to people. It says ‘I see you and you matter’”

“My next thoughts are towards making these two worlds merge in a complementary way (don’t’ ask me how just yet). These are messages that the arts convey better than even the best academic paper I could write.”

Amen – as long as it keeps her performing, telling her stories and singing with that magnificent voice. She’s a real force.

Performances in Gauteng on the weekend: