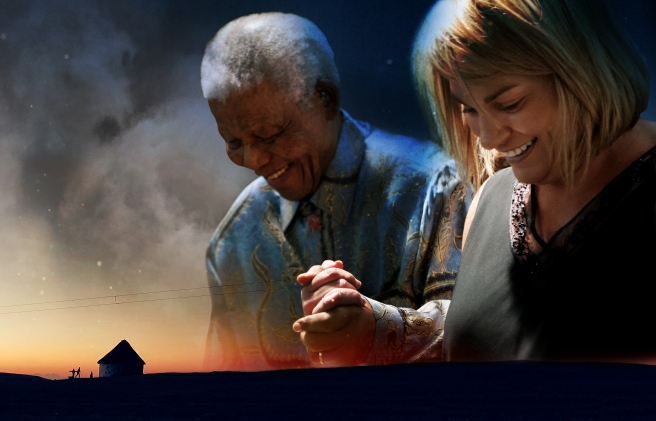 A new Madiba documentary with Zelda la Grange at its centre will be screened on Sunday nights on kykNET at 8pm for the next 6 weeks. DIANE DE BEER attended the launch in Johannesburg:

“Memory is keen to build the country of our dreams,” said Sello Hatang, the CEO of the Nelson Mandela Foundation who was hosting the launch of the new kykNET series Madiba: ‘n Uitsonderlike Roeping (Channel 144) starting on Sunday.

He witnessed the Mandela/La Grange relationship and embroidered on the special bond between these two people whose daily interaction reminded one of that between a father and daughter. He asked many people to remark on how they viewed the relationship, and the conclusion was always the same.

Also pointing to the relationship between this most unlikely couple, Nelson Mandela’s grandson Chief Zwelivelile Mandla Mandela noted how they were initially puzzled by this presence in their grandfather’s life, (“a white Afrikaans woman in our house!”) but the love between the two of them was remarkable. “We are here to say thank you Zelda.” 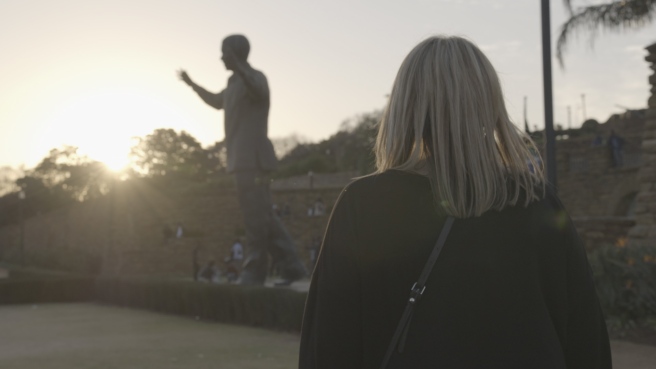 For Zelda, it is a simple quest: “I bear witness to a man waking up every day, convinced that if he could just touch one life a day, he could change the world. I think history tells us he did exactly that. So I choose to believe that individual actions matter too.

She further believes she has an obligation as she was blessed and honoured with her first-hand experience of someone the world regards as one of the best men ever to walk this earth. South Africans who regard him as their own, absolutely agree.

She was also inspired by a Ted Talk by Nigerian Chimamanda Ngozi Adichie titled The danger of a single story. “She says that our lives, our cultures are composed of many overlapping stories and warns that if we hear only a single story about another person or country, we risk a critical misunderstanding.

“I, like so many others, have maintained over the last couple of years that our modern history is dependent on people sharing and writing truthfully about their experiences.”

For her it has been a self-imposed responsibility to add her version. She knows this isn’t a single story but a tapestry of stories. She wanted to capture her memories through the stories and talks between the two of them.

“When I first spoke to Carien (Loubser, the producer) about the idea of doing something in Afrikaans about Madiba’s life, my concern was that many Afrikaans people still only considered Nelson Mandela as the President that appeared at Ellispark in 1995, wearing a Springbok cap and jersey. But we know that there was much, much more to him.

“With the enormous privilege I have had, working for him for so many years, I realised that there is also a responsibility, a self-imposed need, to tell a story, to add to all the other stories, in my language. 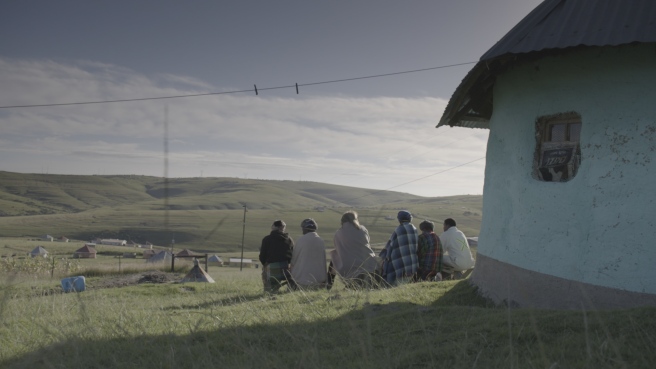 It is also a personal longing to understand the great man better by investigating his past. “I wanted to know what influenced Nelson Mandela to become the person I met in the Union Buildings in 1994, when I started working for him,” she says. And for that, she believes one has to go back – which is also the start of the series (6 episodes of 52 minutes each) – a visit to the region of his birth, where he grew up and where he was happiest after his release from prison.

“This documentary is not as a result of things that are being said,” she says in response to a question. “Twenty-five years after democracy nothing like this has been done in Afrikaans to educate people about Nelson Mandela’s life.  Why not? And should we wait longer or why has others not done so yet? And will it ever be done if I don’t do it for the Afrikaans audience?

“This is not my story, and this is not his usual life story. The episodes are about things I have personally wondered about over the years and no-one has looked into before. Research is never completed. 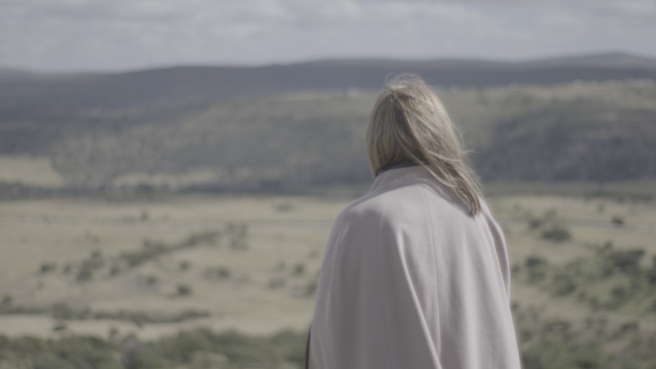 Looking over the hills and valleys in the introductory episode, La Grange feels she can understand his way of life as she inhales the simplicity, the beauty, the silence of this place. “For me this is all very personal,” she said, “and I hope we have done justice to his legacy.”

She knows that anything being said out there has to do with the position she filled which caused resentment, not the person.  “It is not something I can apologise for either or a relationship that I have to defend. Madiba kept me in his service and paid my salary for 19 years.”

“He is still very present to me personally because I choose to hold on to the ideals and principles that he stood for.”

The series is about actually visiting the places where he walked, moved, lived. “History denied me and many others the opportunity of understanding more about Madiba the person and the young boy. I wanted to know more about his mother and father, the events around their deaths and how that affected him. I have been fascinated with Justice, the man Madiba considered his brother, and son to the Regent that brought him up after his father passed on.  I wanted to meet him and share with him memories about his ‘brother’ and friends’ life.

“Who was the woman that gave him and Justice a lift from Queenstown to Johannesburg that changed the course of his life? And did she realize that she was a catalyst for something so important?  How did it feel standing in the Palace of Justice expecting to be sentenced to death? What does his old hostel look like or the garden he used to work in for Rev Harris etc. These things are topics of episodes to come. It’s about stories he told me of which I wanted to know more.”

She is strongly advocating that everyone tells their Mandela stories. “This cannot and should not be the only story. People should continue telling their stories and share first-hand experiences of him because the more information we have about Madiba, the stronger his legacy will be in 50 years time when none of us are around to tell people what he was really like or what he did.”

There’s a reason La Grange played such an important role in our history. Some of it is her approach. “I’ve learnt in life that you will never do anything that pleases everyone. You have to be personally convinced that you are doing the right thing and then be able to live with yourself.

It’s difficult to conclude anything with an introductory episode of any series but there are many spin offs to this endeavour. La Grange for example hopes that the area in the Eastern Cape and all the little places where Mandela left his mark will be revisited and reclaimed and hopefully resuscitate struggling communities economically.

She’s also intent on honouring all the forgotten heroes with whom Mandela maintained contact. “It is a single story,” she says. “But hopefully it will encourage others to tell their stories and solidify the history of a glorious human achievement that was Nelson Mandela’s life.”

No one knows and understands that better than Zelda la Grange who seems to have taken her long walk with Mandela forward – by sharing many intimacies with the world.

She has had to reclaim her life because for two decades, she dedicated everything she did to Nelson Mandela – and was honoured to. Driving her car down memory lane to the Union Building right at the start of this story, she reminisces about the extraordinary turn of events when she was only 23. “I can’t believe that they allowed someone so young into such a powerful space,” she says shaking her head.

That was the extraordinary chemistry between these two human beings – Nelson Mandela and Zelda la Grange. They could have been overwhelmed by the chasm that should have festered between them and yet, the one found something in the other that further clarified and enhanced their worlds.

She describes the feeling when he died as an “enorme leemte” (huge hole ) as she returns to the places he loved – for the first time after the funeral. “He always believed that the place you come from provides your anchor in life,” she says. “That is why I need to see what influenced him. We need his wisdom more than ever.”

Many South Africans will agree.

And she concludes: “If I touch one person’s life with this documentary by showing them what the places looked like and who the people were that shaped the character of the person that I met in 1994, I would have achieved my goal.”

And perhaps his wife Graca Machel should have the final word: “It didn’t matter whose company he was in, Pope or pauper, he would always remain equal to himself.”

One thought on “Madiba and Zelda Take a Last Long Walk”