Coming home seemed to have started the healing process. No longer vivid and garish, the memories seemed to be covered in gossamer, fading behind a curtain of time and forgiveness.
― Karen Fowler, Memories For Sale 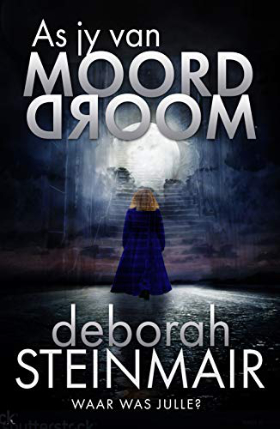 I only review Afrikaans books in very specific circumstances, either because of the writer or perhaps the story that captures my imagination.

Deborah Steinmair is one of my favourite writers and if Afrikaans is one of your languages, check her weekly Vrye Weekblad columns online. I can read them for the vocab, the turn of phrase and the way she plays with the language in very unique fashion.

And then there’s the topic. It might be deadly serious but she will have you screaming with laughter – and also because this contemporary Afrikaans newspaper, being online and of its time, is much more relaxed with the language.

This novel is Steinmair’s first venture into what is dubbed domestic noir and being the contemporary woman she is, she goes to the heart of things – a daughter who has been kidnapped as a sex slave returns after 20 years, a stranger.

But there are forces out there who do not want this story unravelled, while mother and daughter have to find their truth.

We are familiar with these stories, daughters changed at birth or families being tortured by a demonic father. What happens in the aftermath? What happens in a mother’s head when a young daughter only 6 years old disappears? Some might wish them when not found, to be dead rather than living an unimaginable torture.

And then Maryna is suddenly on her doorstep – 26 years old.  She arrives on a stormy night, huge, shielded in size and uncommunicative, which makes the coming back together that much tougher. 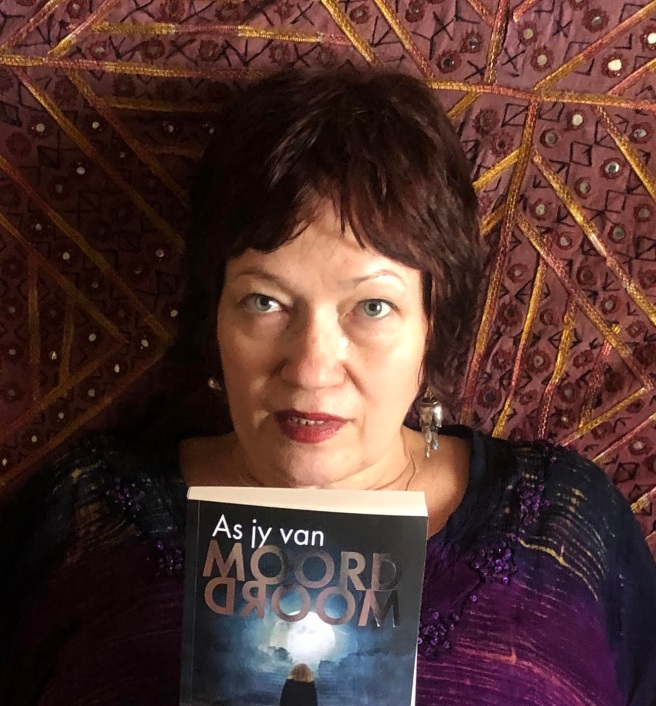 The rest of the tale is both an adrenalin-rushing story and a mother trying to reach into her daughter’s hidden soul. She knows that this is really going to be the toughest task of them all. But after 20 years of living without, she is determined – like most mother would be – to fight for the full return of the person she lost.

In the process you also get to know about the marriage that disintegrated, which is so often the case when couples go through traumatic events – some come together, but often it rips them apart. It’s often about the cracks that existed before the trauma as well as the different ways people deal with crises or in this instance, loss, that make staying together problematic.

But because Erin needs someone to talk to, she has imaginary conversations with former husband Bert, who in the meantime has immigrated to the US and started a new family. But these conversations are what keeps her sane and probably more real than the ones they would have had if staying together.

Erin is all about her lost daughter. For her it is tough to move on without closure as she tries to make sense of her world until the day her daughter arrives on her doorstep.

It’s not a tough ask to look for familiar bogeymen in the South African context, but typical is not  Steinmair’s way. She never opts for the obvious. Her mind and manner is much too maverick to go there. And that is what makes this such a gripping read.

Has she stumbled into a genre, which for many years has been the best escape? Of course, but what makes this one stand out is her breakaway storytelling. There’s no formula here and instead of looking for the action on the outside, the author has turned inward as she explores the mind of a woman who has to navigate some of the toughest emotional terrain on her own.

Couched in the thrilling context of the return of a lost daughter – for more than 20 years – she has found a way of exploring all kinds of issues in today’s world. And that’s the kind of thriller I want to read. It gives all the spills and thrills but there’s some realism there that gets me thinking.