Holidays are on the horison and that means more reading time for many while others might just indulge more than usual. Here are a few old and new, brightly coloured and blue, to make a note of for yourself or as gifts, for those who need to escape:

Our House by Louise Candlish (Simon and Schuster):

Imagine returning home one day and finding strangers making it their own. It is probably unthinkable and yet, that is exactly the premise Candlish is working with.

That and an individual who gets into trouble and instead of grabbing someone close to him to help out, he tries to fix it on his own and finds his life spiraling out of control. It’s the stuff nightmares are made of and yet, this story shows just how easily that kind of scenario can play out.

It’s a simple premise yet what makes the read intriguing is the way it it runs away with not only one but a few lives. Fi Lawson’s home on Trinity Avenue is her dream house. It’s where she and her family will grow old and everything she does is focused on this fact, the proverbial white picket fence dream even when it isn’t exactly that.

The point though when reading the book is that most of us can identify or at least imagine arriving home to find it is no longer yours and what this would mean to your life. Or perhaps not and that’s Fi’s problem. Husband Bram is nowhere to be found. Even though there have been problems never on this kind of scale. But once he was discovered en flagrante by his wife in their garden getaway shed, there’s almost no getting away from a life that hasn’t been truthful.

Trapped in a lie of some kind, he plunges from one dizzy height to another as the fall turns catastrophic beyond anything we can imagine.

It’s a dream of a read because while it all seems plausible, its also unimaginable but surely will help you to see why the straight and narrow is such an appealing option. It’s the perfect escape in Gone Girl kind of way.

Nothing would have drawn me to this book if someone hadn’t pointed to the fact that she had heard a fabulous interview with the author. Generally I like my fiction to be more contemporary as we already live in a world so fantastical, we need writers to make sense of it in some way.

But this caught me unawares and much of it has to do with the reinvention and retelling of an age-old story, one we have all been introduced to but from another point of view. Yes, the men are all still there, but what Miller does so majestically is take the women from the side-lines and cast them centre stage.

Perhaps it is exactly that which kept me in contemporary literature for stories with more relevance for my life, but this time round, Miller caught me delightfully unawares.

Take this following paragraph for example and it is Circe’s thoughts that are set out:

“Later years I would hear a song made of our meeting. I was not surprised by the portrait of myself: the proud witch undone before the hero’s sword, kneeling and begging for mercy. Humbling women seems to be the chief pastime of poets. As if there can be no story unless we crawl and weep.”

But with Miller’s retelling of a tale we’ve heard before, the accents are moved to turn this into a compelling story with a contemporary heartbeat. The reading is poetic, the language mesmerising and more than anything it is the way Circe moves in her world, takes charge of the life she has been “allowed” and turns it in a way that makes it her own choice.

Miller’s is a brave new world which all of us should venture into. 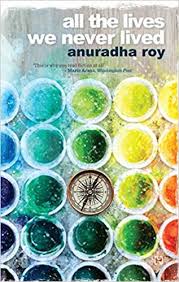 All the Lives We Never Lived by Anuradha Roy (Maclehose Press):

With everything happening to women in India in these current times, reading the stories their women writers are telling is fascinating.  This one starts with the words of a young boy: “In my childhood I was known as the boy whose mother had run off with an Englishman.”

And like so many books from that part of the world there’s a whimsy, a mystical quality and a poetry in the language that captures all the elements that seem to be floating in and around the stories they want to tell. There’s an immediate censure in that opening paragraph. What kind of mother would leave her young child? How does he cope? Where does she go? And why?

Many more questions will emerge while getting to grips with the lives of this unusual and perhaps oddly disconnected family where different members are adopted by passers-by, almost as if they feel the need to lend some kind of attachment.

These are difficult times in the world – similar to now – with many wondering about the state of their universe and how to navigate things that seemed simple in the past. And for Myshkin’s mother, with strangers entering her family’s domain, new vistas seemed to beckon but at a cost to those whose lives hers intertwined.

One of India’s greatest living writer’s proclaims Oprah on the cover and that’s something to live up to. Nevertheless, she tells an impactful story from a specific world and time that resonates strongly in our troubled world today.

And underlining all this, is that it is a story told by a woman allowing her female characters a much stronger say than they might have had previously: “She’s not forward, she’s forceful. She is sure of herself and lives by her own means – runs her own taxi service and her own shop and orders her staff around and bosses her daughters and spits her tobacco juice as far into the corner as any man – I suppose these things mark her out as forward.”

I was given this book by a friend who said she had read halfway but couldn’t see why she should deal with so much suffering. I was intrigued, if she didn’t want to read about such suffering, why did she feel I should? Fortunately I persevered because what this story does superbly is underline the impact of one’s childhood on the adult psyche.

If ever there is a hackneyed phrase it is this and yet, there’s a reason which is what this remarkable story about four classmates who moved to New York to make their way, each in a particular field, some more successful than others, some more deeply scarred that those who might be struggling to make ends meet, sets out to show – perhaps for some too painstakingly.

As we follow in their footstep as they try to make their careers and a lives in the ultimate city to achieve success, it is the reaching out, the turning away, the holding someone upright, the coming together of friends as lovers, and in conclusion, the way people look out for each other, that holds our attention. Finally it is about a life that can be navigated with a little help from a friend.

Older and wiser readers will know that one cannot do it alone, but sometimes, people who have been damaged by blind trust are reluctant to travel that road again. It is a tough life to follow but because these are four such remarkable characters with their hangers on, their lives determined by such recognisable desires, the length of the novel gives the author the chance to make them come alive in a way that invites insight and ownership.

Take your time, because it is a compelling read. 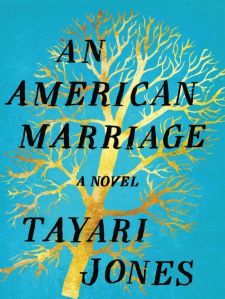 An American Marriage by Tayari Jones (One World):

We hear daily about the numbers of African-American men jailed in America. We also read about human rights lawyers who spend their time trying to free those who have been unjustly imprisoned in a system that has been designed to make their lives impossible and turn their dreams inside out.

Have you ever wondered what happens to the lives of those who are connected to these innocent victims and how their imprisonment is much more than just an individual punishment? That’s exactly some of what is investigated and explored in what seems like just another well-written fictional tale but is so much more as it homes in on one of the scourges of our world.

It’s about the ultimate love as two people are torn apart with one unable to hang on and still feels responsible for the devastation she leaves behind. But more than that, it is also bringing the personal to what has become a universal story.

In an interview with a white male TV host who was shocked about all these young black men dying at the hands of police in the US, Toni Morrison graciously yet sharply pointed out that this wasn’t new to the African American community, because of social media, it was simply out there to be seen by everyone. It could no longer be an invisible crime.

With the growing statistics of African American incarceration and the abusive prison system in that country, it is also tough to ignore the impact on a people. It is all of this that tragically underlines and holds this particular story which might imply a tale of three ordinary lives but cannot be further from the truth. This is how worlds are destroyed by not valuing the lives of all of the people all of the time.

Us Against You by Fredrik Backman (Michael Joseph)

In an earlier post, I had reviewed the prequel to this book then still titled Scandal which later changed to Beartown. It was a fascinating read about a small Swedish town whose livelihood and passion is all focused on their young ice hockey team. Until, a disaster happens which tears the town apart.

Their strongest and most popular hockey player is accused of raping the daughter of the coach of the team. Just that one sentence is loaded with many different implications and that is what the author plays with.

It was a deeply enjoyable book as Backman dissected the town and their reactions to this particular event – and then allowed it to play out. Especially in this time of course, nothing of this seems unfamiliar or surprising and what happened in fact was that the young star player accused by the teenage girl and the deed confirmed by his best friend left town while the girl stayed behind.

This follow-up takes it further as we enter a town that is deeply divided with the most inhabitants accusing the girl (even if just in their minds and attitudes) of causing this great loss to their town and its future.

The upheaval is huge and into that void steps an ambitious politician who knows how to play the pack to his own advantage and a future visibility which will take him to the top. It doesn’t come more cynical than this but that’s the world we live in so tell it like it is.

And Backman loves doing this – very cleverly as he explains how people think and why they do certain things with no empathy for the people they harm in the execution and fulfillment of their own dreams.

It’s really sad yet refreshing to navigate this story of modern living in a world where everyone is out there battling only for him/herself.
It’s a clever story but alas, unlike the last one (and arguably the translation doesn’t help), the writing becomes both preachy and cute. There are too many devices, too many nods to the reader allowing them to participate in the conspiracy and this detracts from the delight that the first novel accrued.

But the story is still on point and those who read the first, will not want to miss this further development.